I hope you’re all well!

Today I wanted to share the second half of my holiday photos with you all. If you didn’t catch the first post from my most recent trip to Lanzarote, check them out here, and then come back to this one!

Towards the end of our holiday we FINALLY managed to visit some of the tourist attractions. Up until this point we hadn’t been able to visit them due to strike action, however by some miracle, the strike ended 3 days before we were due to fly home.

Our first attraction was Cueva De Los Verdes, we had intended on visiting Jameos Del Agua first, but the queues to get in were crazy, so we hopped over the road to the Green Caves instead.

Cuevas De Los Verdes (which translates as The Green Caves) was formed 3,000 years ago following the eruption of the nearby Monte Corona and the subsequent flow of lava. The Green Caves and Jameos Del Agua are part of the same 2km stretch of cave, making it easy to do two ‘touristy’ sites in one day (if the queues aren’t ridiculous, which they shouldn’t be, it was just my luck for it to be like that!). 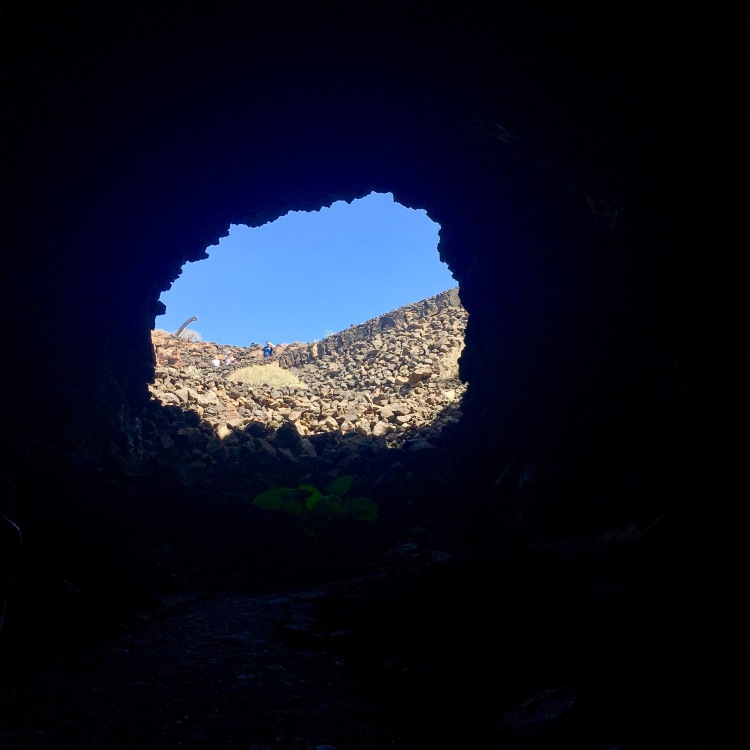 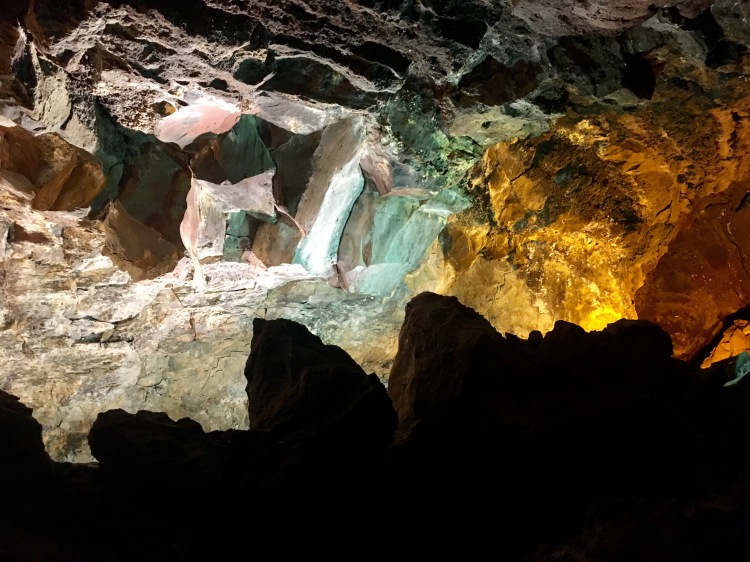 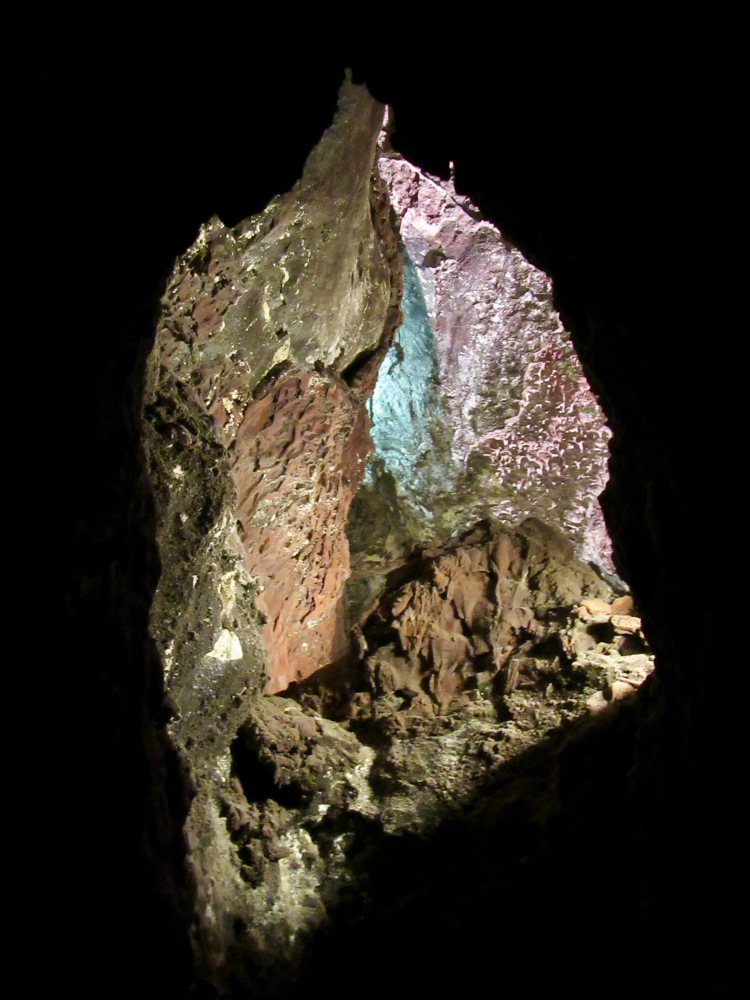 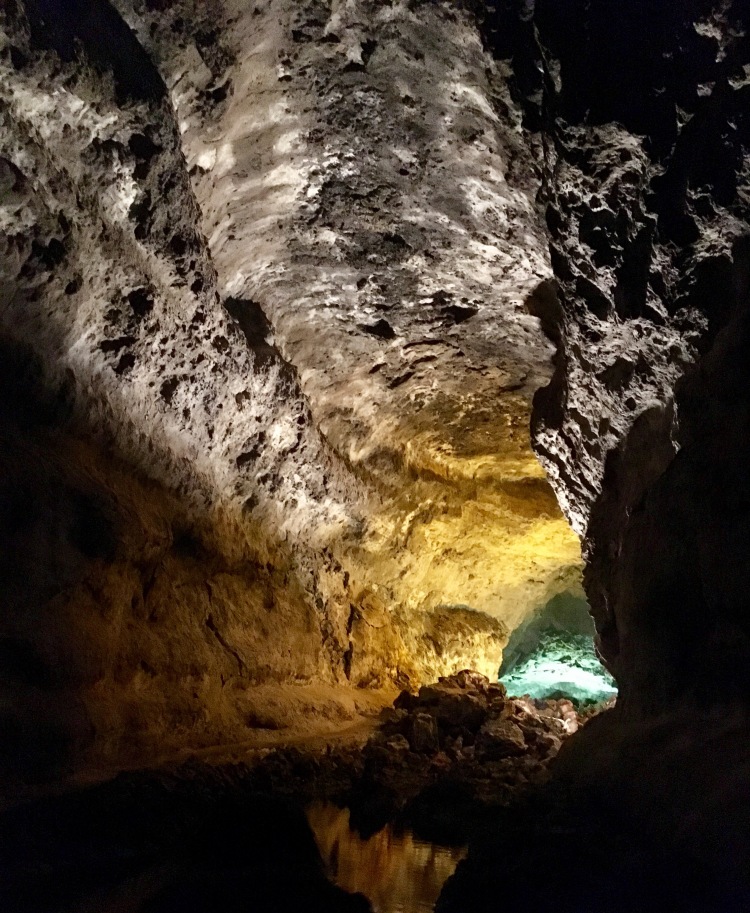 A lovely shot of my cousin’s semi-bald head glistening.. 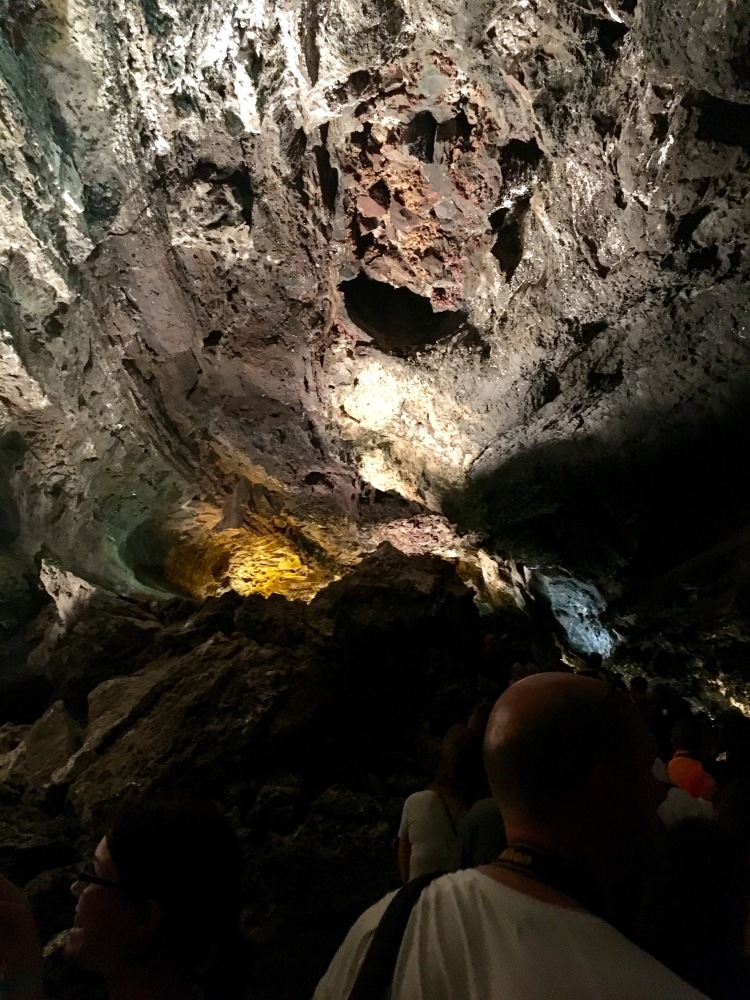 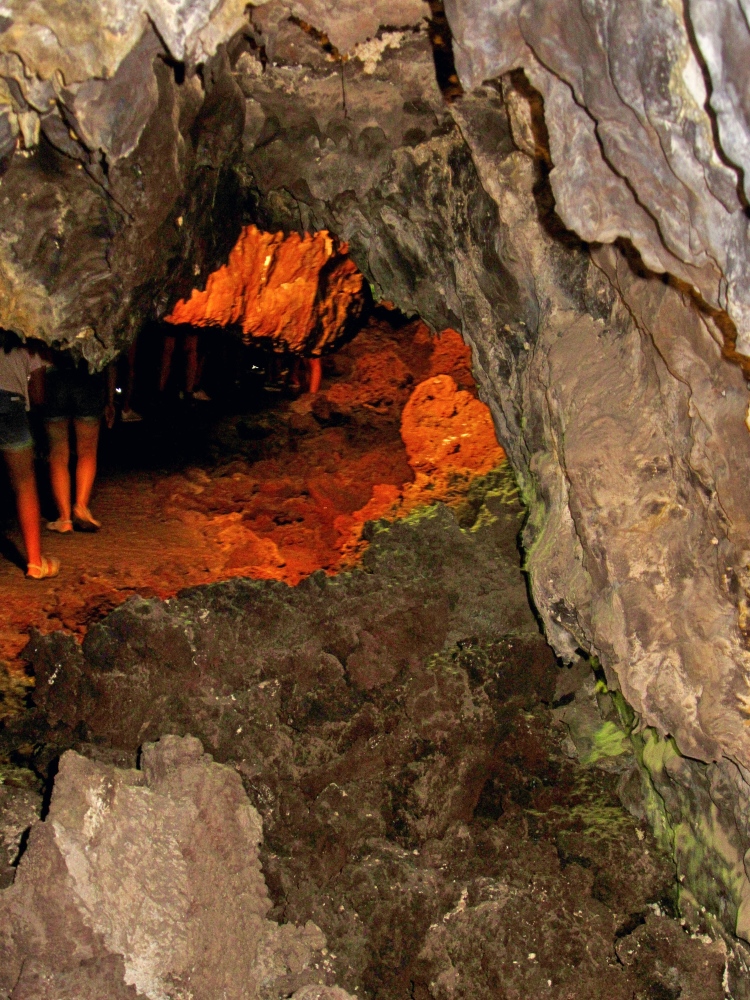 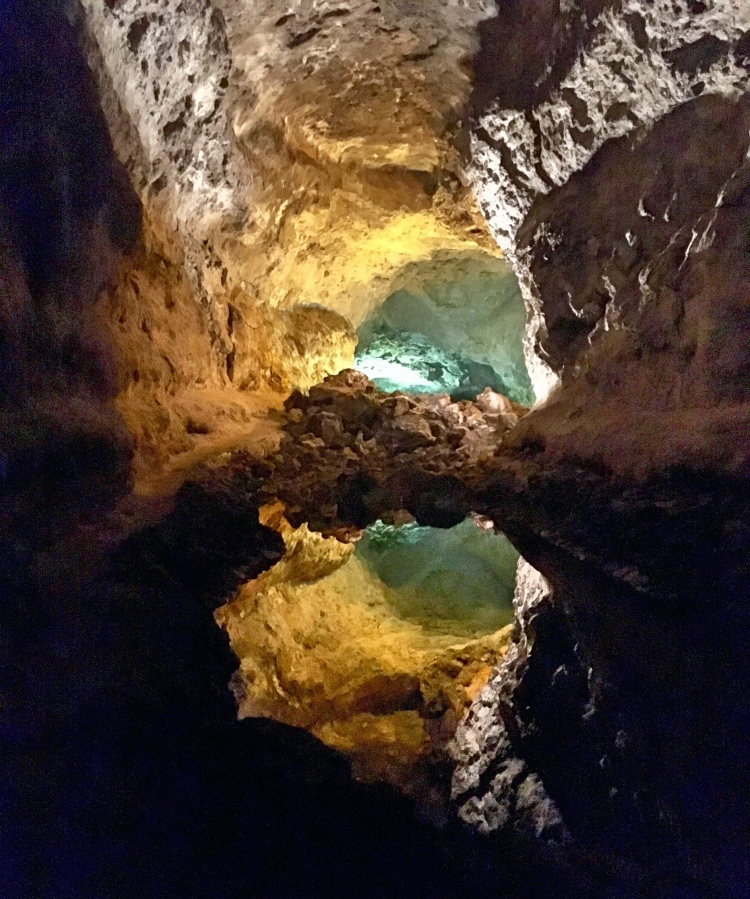 A couple of days later, we headed to Timanfaya National Park. We set off at 8:30am to be there for when it opened at 9am, to attempt avoiding the same queues we were met with at the Caves and Jameos.

Timanfaya, or Montañas Del Fuego (Mountains of Fire) were created in the 18th Century, when over 100 volcanoes rose and erupted, devastating a large chunk of the south side of the island. The last eruption was in 1824, however the volcanoes are still monitored closely, just incase.

Driving into Timanfaya, it’s impossible to ignore the fields of lava rock that seem to go on for miles. The landscape has remained the same since the last eruption with minimal erosion (due to the lack of rainfall), which has allowed bacteria, flora and fauna to grow that are entirely unique to the island. 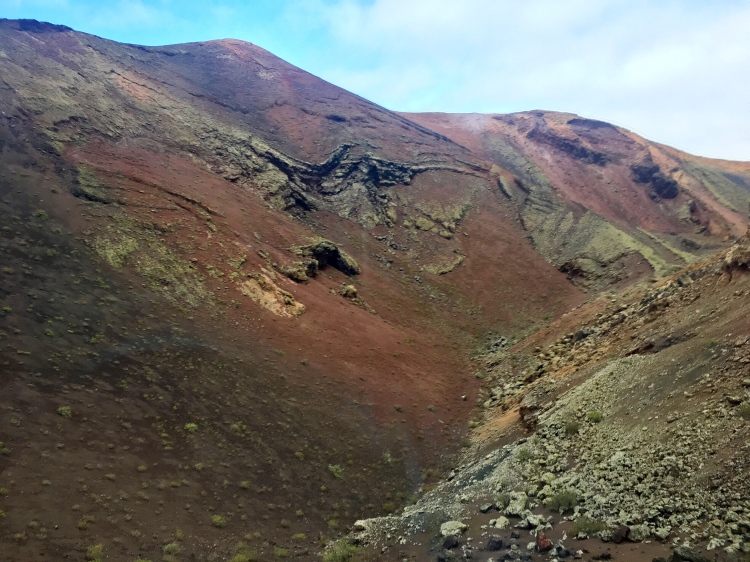 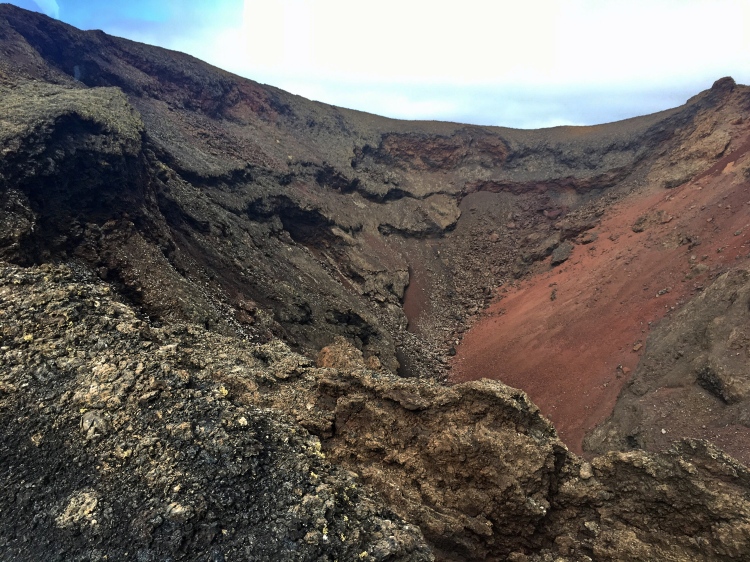 For the sake of preserving the national park, visitors are taken up, through and around the park on coaches, stopping in certain spots to take in the scenery. 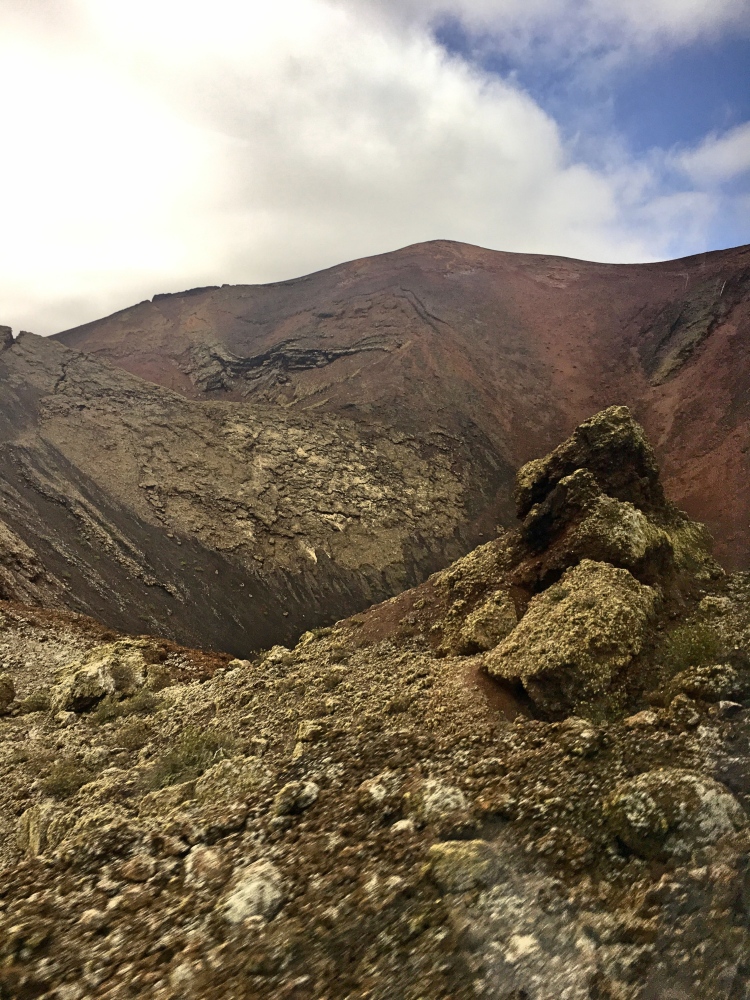 Getting off the coaches, you can pop in to the on-site restaurant, El Diablo, where food is cooked using geothermal heat – aka, a hole dug down into a volcano with a huge metal grate over the top. 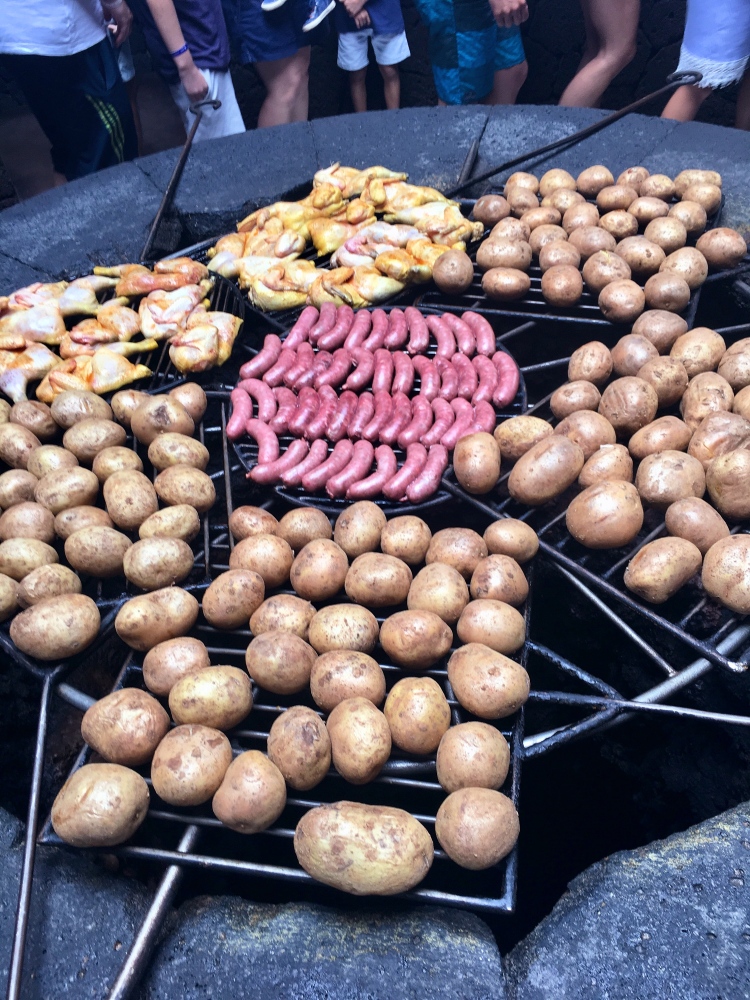 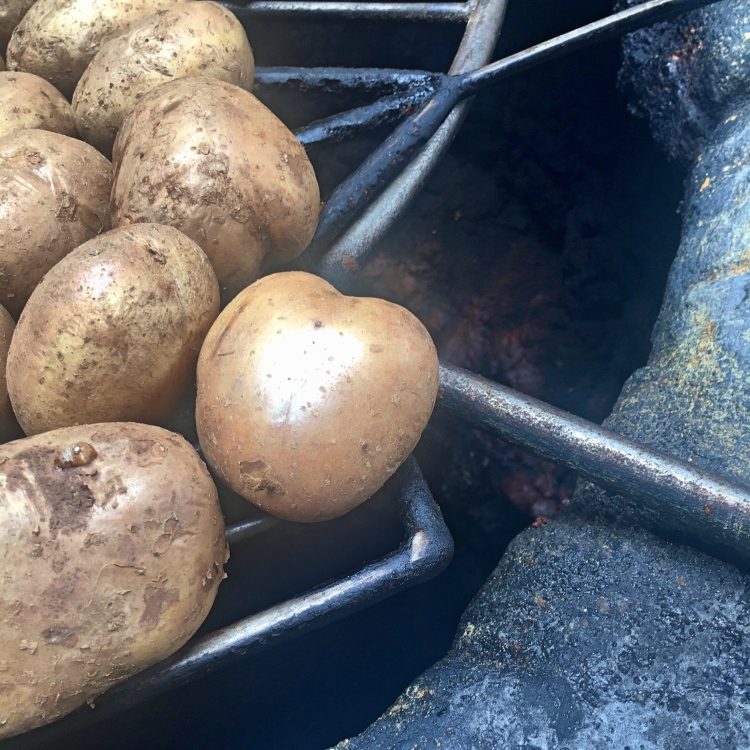 Seeing and standing on top of something like this makes you quickly realise exactly how dangerous this area is, or has been. It also makes you relieved that you’re not a potato..

So there we are folks, I’ve officially dragged out these holiday photos for as long as I possibly could. I suppose I need to visit some other places now don’t I?!

Do let me know if you pay a visit to Lanzarote, where you visited, what you thought, comment below and let me know!