Hey guys, how are we all?

Another month has gone by and we’re creeping closer to cracking out the Christmas songs, but NOT YET – there’s still plenty of time to listen to normal non-christmassy stuff.

While I’m still sort-of trying to listen to new music, I’ll admit I’m slowly losing interest and more than happy to just leave my Spotify playlist untouched because I’ve got enough songs to keep me happy for the rest of my life. In spite of this, there are a few songs and artists that managed to make their way onto my playlist this month (a huge accolade in my opinion), so I figured I’d continue my ‘what I’m listening to’ thing a little longer and share another wave of awesome songs with you all.

Strap yourselves in guys, it’s a jazzy one.

This album has been doing the rounds for a couple of years now. I think BBC Radio 2 really went to town with promoting this guy and he’s appeared on Saturday Kitchen (my favourite coo

kery show ever because James Martin is a Yorkshireman) a couple of times to promote it himself. I’m not sure I’ve seen so much promotion since Paloma Faith tried to plug her last album on the National Lottery *cringes*.

Thankfully, Gregory Porter is worth the work because he’s actually a brilliant Jazz singer.

Gregory is a Grammy winning American Jazz vocalist, who started out with a football scholarship, worked as a chef and ended up performing weekly in New York bars before producing his first album in 2010.

Liquid Spirit is the third album (and arguably the most successful so far) in his discography, featuring a mixture of jazz, soul and blues in each track, there’s a song for every mood on this album. I enjoy this album because while I do enjoy jazz music, I think it’s quite a difficult genre to get into because I just think ‘where do you even start’ – well THIS is where you start!

I enjoy listening to this album on a day off from work, it’s really relaxing and helps me feel enthused enough to sit and get my posts written, something I’m not doing enough of at the moment…

Still, if jazz, soul and blues are your thing, or something you’re interested in listening to, give this album a try. My favourite tracks are: 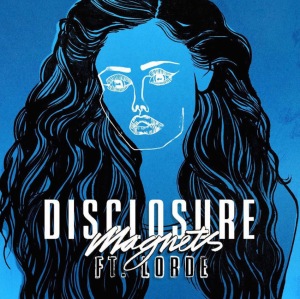 Disclosure ft. Lorde – Magnets
I’ve been desperate for Lorde to release something new since I heard ‘Pure Heroine’ a few years ago now. Although this isn’t necessarily her track, she sings on it and I suspect she had something to do with the music Disclosure had written for her, as it’s a little more stripped back in musical elements in comparison to other songs of theirs.

The song is much as you’d expect from a Disclosure album, electronic, sort of dance-y and well put together. Not that it really matters, Lorde is singing on it, therefore it was always bound to be amazing.

I just hope this means she’s going to release a new album soon..

Slightly controversial choice if you’re aware of how vocal she can be on Twitter, I know she’s had a lot to say about plenty of other artists etc etc, HOWEVER that doesn’t stop her actually being good at what she does.

Everyone below a certain age is likely to have heard of Azealia thanks to the night-out favourite ‘212’, well one day I decided to find out if she was just a one-hit-wonder. Turned out she has a brilliant EP ‘Fantasia’ that is basically an album with the number of tracks on it. I downloaded that and listened to it over and over again, and then eventually her debut album (the title I can 1000% relate to) was released sometime last year.

It’s worth mentioning I obviously downloaded this as soon as it dropped, however I’ve been listening to it more and more just recently for some reason. Clearly I’ve been more in the mood for swearing and sass.
I actually found this album helped me get through writing my dissertation, especially when it was the middle of the night and I was running out of words/ideas.

I’m not massively into rap music, I did used to listen to Eminem a long time ago (so long it almost feels like another life) but not much else so for me to really enjoy Azealia’s music is quite a big thing. As to be expected with rap music, the lyrics aren’t totally appropriate for everyone to listen to, so be wary of that if you’re easily offended or don’t like swearing etc etc.

So the album is basically all electronic with her rapping over it, but I find that you can actually hear what she’s saying while she raps, it doesn’t come out as a garbled mess like other rappers *cough* Iggy Azalea I’m looking at you *cough*. She can also really sing, like Nicki Minaj can sing, and does so on the majority of her tracks so it’s nice to hear her do all the work herself instead of passing it on to someone else *cough* Iggy, again *cough*.

Anyway, I’ll leave some of the tracks I tend to listen to the most below:

So there we have it, a nice variety of new music for y’all to enjoy. Let me know if you listen to and enjoy these tracks the same as I do, and be sure to drop in some suggestions of your own, I enjoy listening to new stuff!